Well, as you can tell, I do like taking pictures, and I do like to edit them to my personal liking, since recently I’ve been seeing / hearing quite a few of my friends getting pro-grade cameras, I think that I’ll just do a little guide? Or more like a tips for beginners post.

You do NOT need a DSLR to take good pictures. True, it makes a heck lot of a difference, but unless it’s like your hobby (in which case there is no reason for you to read this since you already know more than me), or that you need it for some kind or purpose, be it for school or a job.

Or you’re just filthy rich, in that case fuck off.

So here’s the little tips that everyone should know when taking pictures.

1. Always try your best to take your pictures in a well-lit environment.

It makes all the difference. Even some DSLRs are not able to capture enough light to produce a good image in low light conditions. So if you’re using your phone or compact cam, just remember that there’s a limit to what your frickin sensor can do.

2. Do not take a picture with your subject against a strong lighting in the background.

(use flash in such cases)

Because your metering will try to auto balance the white balance. Hence you’ll see the very dark subject, followed by a really bright background. If you use flash appropriately, it’ll provide enough light to light up the subject.

However, that is a little hard to accomplish as you probably don’t know how much light your flash is giving off. And that when your shutter speed is fast, your subject will look really bright and the background will look really dim. So basically, just avoid such scenarios. (either way, using a flash is better than not, because at least you can edit later on.)

3. Use a tripod or some form of support for your camera whenever possible.

Unless you’re a ninja, that I’ll have no complains. But if you’re just another average joe like me, any form of stabilizing support for your camera will make the picture look much better. (at the very least it’ll reduce the chances of blurring. unless your auto-focus is fucked)

Well, that’s just the basic tip. Well, that’s because I don’t know that much about cameras myself, so I don’t dare to give higher level tips for fear that they might be wrong.

WHAT I CAN DO THOUGH, IS TO GIVE TIPS ON EDITING.

And here’s my chance of bashing DSLRs, basically, if you’re a crazily good editor(which I’m trying my best to be). You can manipulate any image to look almost as good as those. (just that you’ll waste quite a bit of time.) 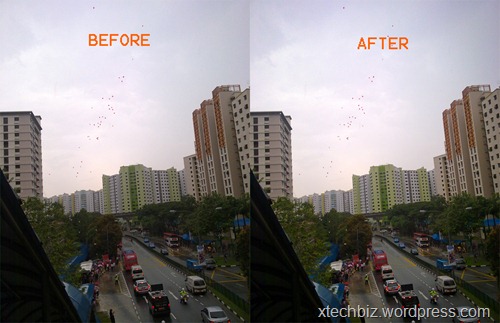 Okay I know you probably can’t tell the difference.

So here are two download links, download, and zoom into the details, there you can tell the difference, and really, that’s all there is to it. The better cameras are just better at capturing light, which translates to more details.

Then there are the more obvious ones.

Either way, you can tell that these pictures are taken under relatively good lighting conditions, hence the quality of the image. (I’m just talking about pixels and not photography techniques here)

So basically, in order to achieve such images, I’m using Adobe Lightroom 3.2 and Photoshop CS4 I’m not sure if it’s free but I got mine working anyway.

If you’re just using other image editing programs like Paint.net, GIMP, or any other programs, they should have the same functions, though using photoshop will make things a lot easier for you.

Find this function, where it will allow you to edit the level of the pictures.
(CTRL + L in Photoshop) 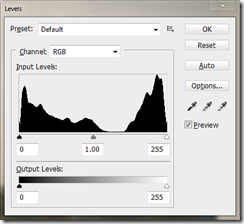 What this allow you to do, is to increase the dynamic range of your image, ideally, the black arrow should be touching on the left side of the graph while the white on the right. You can leave the centre alone as it will automatically find the centre between those two points.

The left represents the black levels in the pictures, sliding it to the right will make the black look blacker.

The centre represents the overall colours in the picture, sliding it to the left will make it brighter, and to the right brighter.

The right represents the white levels in the pictures, sliding it to the left will make the white look whiter.

Once you’ve done that, you’ll want to make the picture more appealing.

Find a function that displays the colours of your pictures in a graph like this.
(CTRL + M in Photoshop) 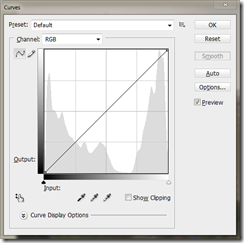 Well, this basically allows you to change your contrast, of course, there are many ways of doing it, but ideally it should have an S-shape, like this. 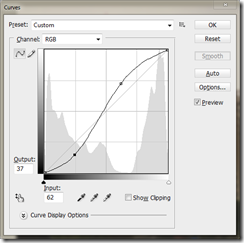 It has ROUGHLY the same function as the levels window.

FYI. Holding down ALT in Photoshop when you’re in a certain window, will allow you to reset the settings, as you can see from my window.

4. Try not to make an image overly saturated. Just because it looks nice doesn’t mean it looks real.

Exercise your own judgement. Look around more and you’ll get most of it down. Well, that’s about it.

(p.s. I wish I had my own digital camera)