That’s basically what I’m trying to say. So well, if you’re too lazy to read this, then at least know that that’s true!

If you use any of these services (unless for commercial purposes) you’re pretty much a loser. Which makes me a huge one. Not the point though.

The point is that, twitter has the highest “loserish” value of them all.

Before that, let’s start with the most popular one. Facebook. Why is it bullshit? Well, to be brutally honest, the main two things that people do is just

1. Gain popularity by posting unrealistically gorgeous photos of yourself.

(note: I had to stress unrealistic)
Or, you could post pictures of yourself being out and about, having fun and things like that.But why would anyone care if you’re a fugly shit? Because they won’t. Unless you’re really good at Photoshop, or just plain beautiful.

In which case, it really doesn’t matter what kind of photos you post online because people are going to click on it anyway.

On the other hand it does makes planning outings, or sharing the pictures from outings really easy and convenient, though, you’re basically just sharing all your personal info with a third party company, expecting them to be fully considerate about your personal privacy, Well, you see where I’m going with this.

Since Myspace is similar, I shall talk about it.

But since Myspace is pretty much dead, there isn’t much I can say about it.

Moving on to Foursquare. Um, I don’t know why it needs to be said but, do you really need to tell everyone where you are? I get the whole idea of, if you’re able to see if your friends are nearby, you can like hang out and do shits like that.

Honestly, who the f- does that?

I mean, the only thing you’re doing is just to show off to everyone that

HELLO, I WAS HERE WITH THIS BUNCH OF PEOPLE!!

Yes, it could be fun and all, but I really don’t see the point of it all. Even if you don’t think about the consequences of telling everyone your physical location. It seems like a pretty stupid idea. Why would I want to know where you are unless I’m interested in you?

It just opens up a whole new avenue of stalking. So it’s like you’re intentionally wanting people to stalk you. Well, what a loser.

Well, I’m pretty much shooting myself in the foot by saying this but really, who cares about what’s going on in your life? I don’t know, maybe I’m not really interested in other people’s lives.

The only reason I can see for it’s existence, is to post status updates about your boring life, your complains and whatnots for the world to see. When everyone does the same thing, it gives other people the opportunity to see how much other peoples’ lives suck. And make them feel better about their own.

The upside is, once in a while, something interesting happens in your life and people reply you. Honestly, how often do people reply to your tweets? 140 characters really isn’t enough to describe your situation. So people think of clever words to spike interest in other people so that they can get at least some kind of reaction.

If you count the amount of tweets you have, and the amount of times someone actually said something about it (or retweet). Imagine if it was a real life scenario. Man, you’ll be such a dick.

In general, though social networks binds you and your friends closer together, it pretty much shows the sad state of the society. Where everyone lead such boring lives.

“And outside of that social circle,
I sit alone in a blog,
whining about it.
Sigh, such is life.”

If you have ever read through an entire Terms and Conditions then I guess. There’s only 3 possibilities. Either that you’re a lawyer, a paranoid dick, or just.. doing a dare of some sort.

So anyway, some guys decided to be a boss and translate the entire TOCs into bro-language. Something that you and I can understand rather than just some fucked up shit.

About Advertisements and Other Commercial Content Served or Enhanced by Facebook
Our goal is to deliver ads that are not only valuable to advertisers, but also valuable to you. In order to do that, you agree to the following:

But they did a good job of translating it into,

There’s no way around it – we’re going to show you some ads. But we have a vision, and that vision is that we’ll show you ads that you actually want to see. Idealistic? Yes. Downright ludicrous? Maybe. But we like to dream big:

Either way, if you haven’t read it before (like duh)

Then you should really go and check it out, so that you know, you won’t get fucked by this shit in the future.

Okay, not that the actual thing sucks. But the fact that a day only has 24hours is kinda sickening.

Managed to learn another… 3 uhhh. uhhh. technique / skill / moves? (I have no idea what you call them) Oh well, seems like it’s progressing pretty fine. I wanted to take a picture to show how it looks like but uh..

I guess I forgot.

And since I can’t make it for the friday training. I guess it’ll have to wait a week before I’m able to post some pictures up! I’m like trying my best to make sure this post goes up before 12 so that I’ll feel at peace that I’ve made at least a post today.

So um, I guess I don’t really have much to say right now since I’m really really tired. But I think I just made a rather interesting comment on Facebook so I’ll just put it up here.

If you think he/she is worth it when they are always breaking your heart.
Ask yourself again, why?

Microsoft gets the last laugh

Ah, the sad face of reality.

How harry potter pick up girls

Alright if you haven’t changed yet. I suggest that you do it ASAP. It has finally arrived for the SG servers.. Probably a few days ago. So anyway 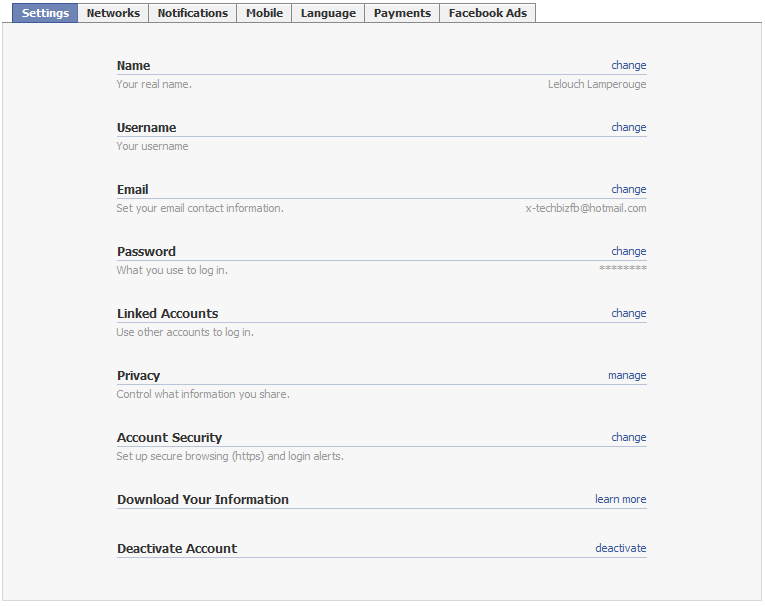 “Browse Facebook on a secure connection (https) whenever possible”

It’s probably not the best method of beating people who tries to be funny. But then again, this is better than nothing. when you’re done, the URL should look like this