All the projects and presentations are done. Left with 1 more lab test on wednesday and it’s exams next week. !@#$%^&*(

The worst part is that we’re still learning new things. I mean, this is supposed to be revision. What the fuck man! So anyway, here’s a picture to commemorate the end of the bullshit. 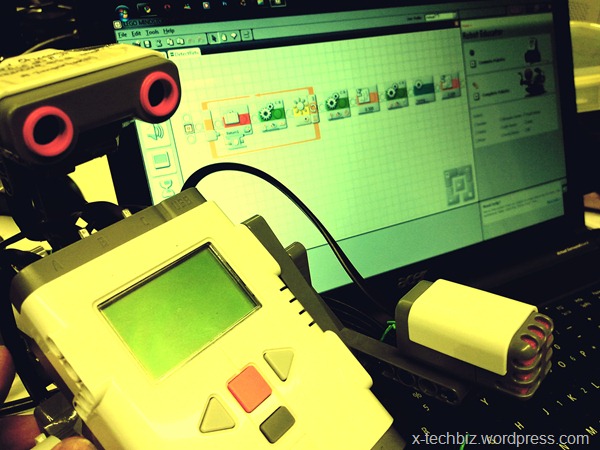 So yes. that’s what I’m playing with right now and I’m really kinda bored. It’s like robotics. Like what the hell. I’m a computer engineer. I don’t give a shit about such things.

Yawns. Monday classes are such a waste of time. I wanna sleep. Exams are coming soon though. So can’t afford to fuck around that much ):

Oh it’s quite advanced in a certain sense.

Not bad for a toy eh?

p.s. I’m blogging in the class.